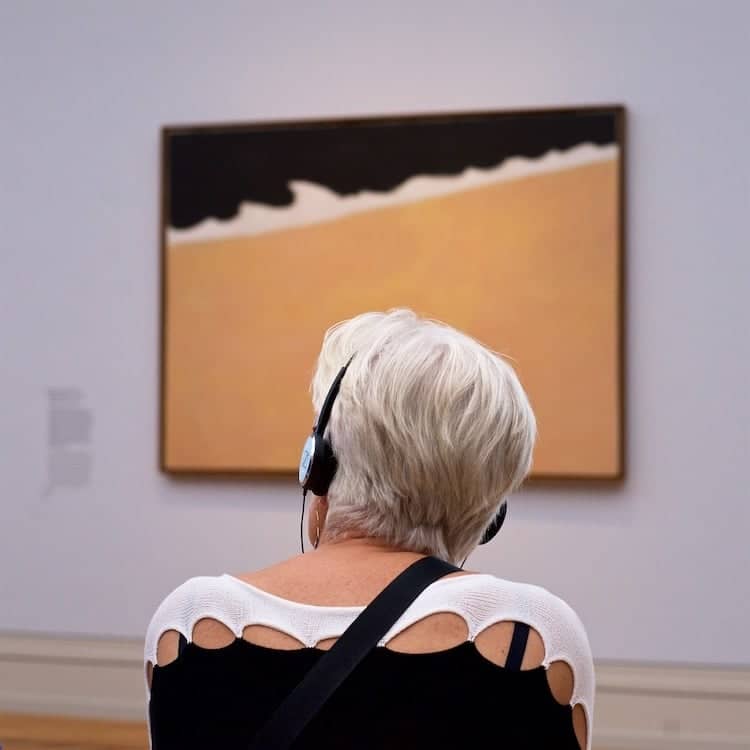 When Stefan Draschan goes to a museum, he’s looking at more than just the art. The photographer is also people watching for museum visitors whose outfits happen to coordinate with the paintings on the wall. In his ongoing project called People Matching Artworks, he captures the unexpected moments when someone’s hair, jacket, or dress could be an extension of a timeless creation.

People Matching Artworks is the epitome of patience. Though some of these pictures look staged, they are rather the result of Draschan staking a spot in a museum and waiting for the right person to stroll by. It’s a secretive take on museum doppelgängers—a lighthearted activity in which people are actively posing with an artwork that resembles them. Draschan’s project, in contrast, depicts the quiet beauty of looking, and it emphasizes how the act of getting dressed is an opportunity to be your own work of art.

Draschan chronicles his series on Tumblr and Instagram, where he also reveals where the museums that he visits. So, if you’re local to institutions in Paris, Vienna, or Berlin, be on the lookout for Draschan and his camera!

Photographer Stefan Draschan looks at more than just the great art at a museum.

… waiting for one to match an artwork!

All images via Stefan Draschan.